How can one have a flag so on the moon that it looks as if it flaps in the wind, when there is no atmosphere on the moon? 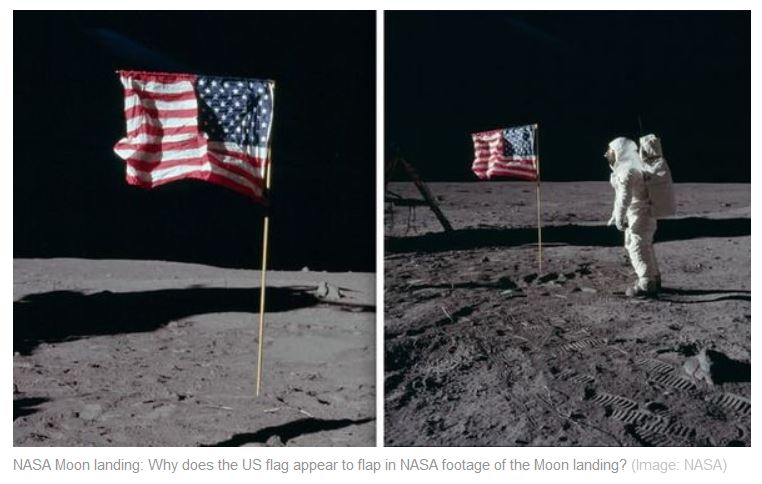 "The Lunar Flag Assembly (LFA) was a kit containing a flag of the United States designed to be erected on the Moon during the Apollo program. Six such flag assemblies were planted on the Moon. The nylon flags were hung on telescoping staffs and horizontal bars constructed of one-inch anodized aluminum tubes."

"The supposed ripples in the still pictures do not come from a wave movement of the flag, but are the result of a mishap at the setting up: The astronauts could not fully pull out the rod, which stretches out the upper end of the flag, so that the flag cloth was not stretched, but hang down in folds. Later NASA was so enthusiastic about the "natural" impression of this folding that the cross rod was intentionally shortened in all following Apollo Missions."

This is the end of "Astronomical question and answer 256"
To the German version of this chapter: Astronomische Frage und Antwort 256