What does the following picture tell us? 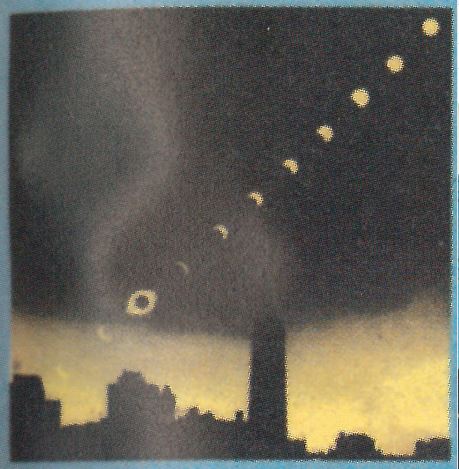 "series of short exposures at 15 minute intervals of solar eclipse at Chicago in 1954."

The first question could be, is this in the morning or is it in the evening? When on sees the picture only, without the description, then one could also assume that it was taken in a place somewhere in the southern hemisphere and was therefore in the evening.

The second question could be about the distance between two exposures.

The sun needs about 2.13 minutes to rise or to set. We had seen this in answer 26. And in 15 minutes it would cover about a distance of 7 diameters of the sun. The distance in the picture seems to be less than that, but the picture is not very clear.

The angle against the vertical on the picture is about 47 degrees. And when one then has a look on a map where Chicago is shown, then one finds that Chicago is about on the 42th parallel. So that would agree only more or less, because these two angles should be about the same.

Now after I saw this picture I made some inquiries about this eclipse and found out that it occurred on June 30, 1954 and that it was in the morning, at 07:25.

The astronomical tables for Chicago give the time of 07:25 for new moon on 30 June 1954. So that agrees completely.

This information therefore confirms that the moon went ahead of the sun and rose first. The moon rose two minutes before the sun. 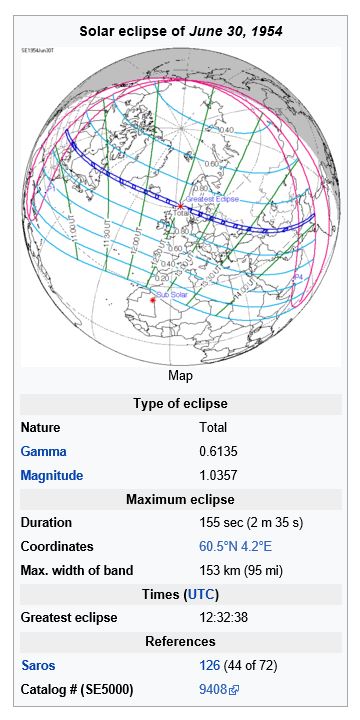 I have used my spreadsheet calculation and calculated the diameter of the cone shadow with these distances of the moon and of the sun and got 125 km, so there is a difference. 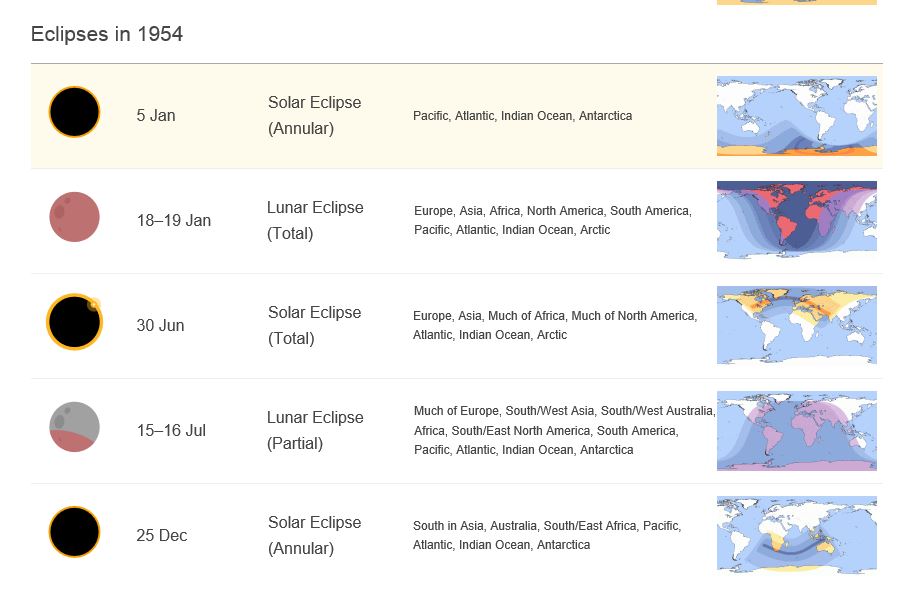 This is the end of "Astronomical question and answer 231"
To the German version of this chapter: Astronomische Frage und Antwort 231