What is visible three days after new moon?

Yesterday I wrote: "Thirteen minutes after sunset I saw the crescent of the moon. The sky was still more blue than black. The moon was quite high up in the sky, at a place where I did not expect it und it was probably already there some time before I saw it, may be even while the sun was still up."

Today now I searched the sky, during daylight, for the crescent - without success. And that despite of a clear sky.

I am now busy finding out if the moon is only visible during the day from a certain phase on. May be the atmosphere allows the moon to be visible only after it has gained a certain illuminating power.

Today I saw a picture indicating the influence of the atmosphere - that of Mars: 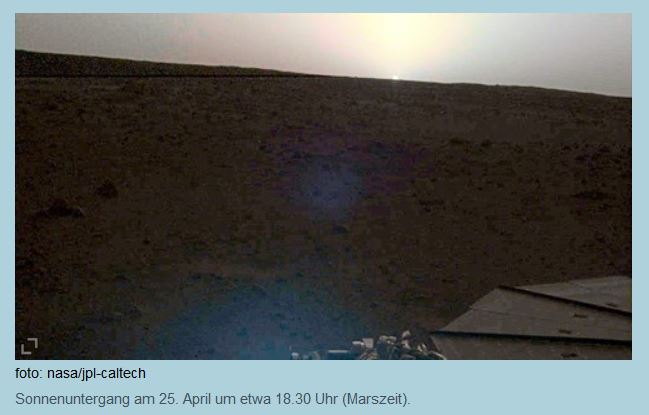 Now this picture shows the sun, during the day, the Mars-Day, at the sunset on Mars. The first thing I noticed is the size of the sun, smaller as seen from earth. Earth is 1.0 AU away from the sun, Mars is 1.5 AU.

But the interesting thing is that the sky is not black, like on the moon, and that because Mars has got an atmosphere. 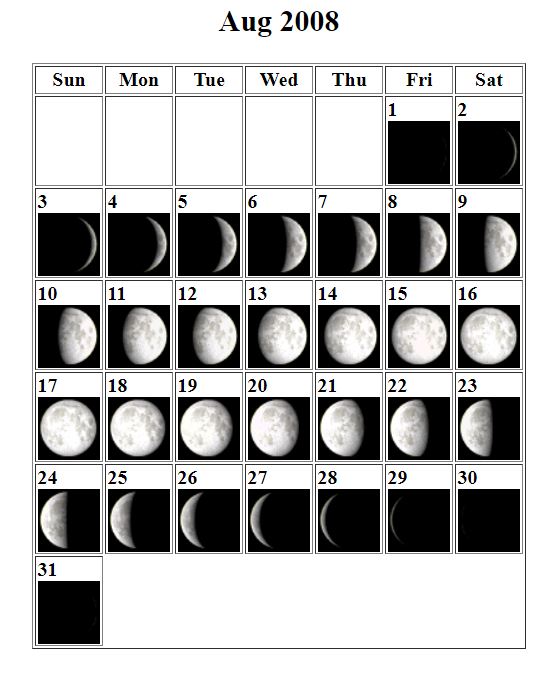 And for Novosibirsk, in summer, 17:12 is more in the middle of the afternoon, than at the end, as it would be further south.

So now we also have the time, when the pictures were taken in Novosibirsk: before and after 17:12.

We had said that the cone shadow has a speed of 28 km/min. When we go back to answer 43, then we had there calculated a speed of 1 667 km/h for places on the equator. And that is 28 km per minute and is faster than the speed of sound, 20.5 km/min.

This is the end of "Astronomical question and answer 215"
To the German version of this chapter: Astronomische Frage und Antwort 215