22.003 How does a thunderstorm actually begin?

Where it crashes
Average annual number of lightning flashes per
square kilometer measured over
10 years. 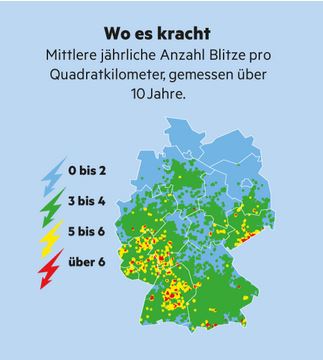 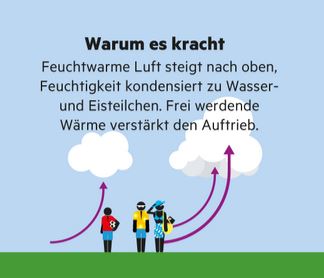 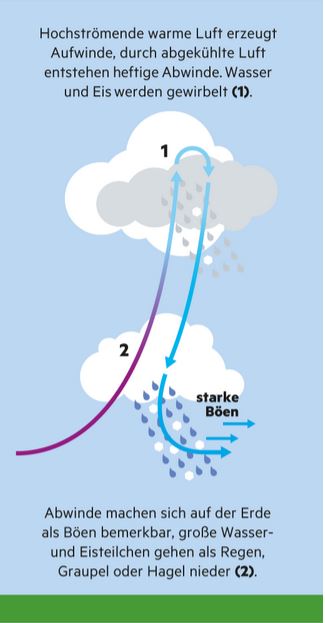 Downdraughts are noticed on earth
as gusts; large water
and ice particles come down as rain,
graupel or hail (2).

Up and down of the particles leads to
polarization: up positive, down ne-
gative. Electrical tension begins (3).

Tension discharges in lightning flashes -
between clouds (4) or cloud and
earth surface.

Prologue of an earth lightning flash: Negative
pre-discharge out of the cloud, towards which
catch discharges spring
from earth (5).

The main lightning flash follows through the
lightning channel (6). 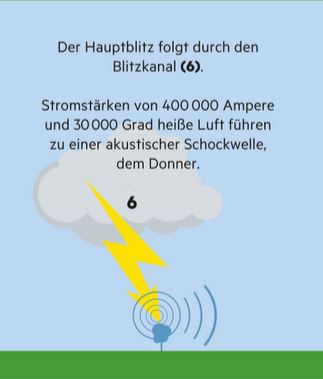 What protects
Number of seconds between lightning flashes
and thunder divided by three makes
the distance of the thunderstorm in kilo-
metres. Is it less than three,
you are to seek protection. 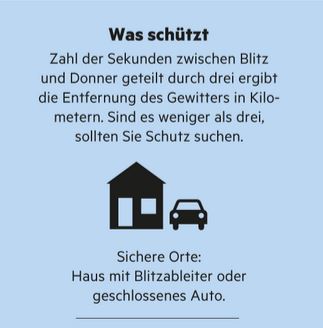 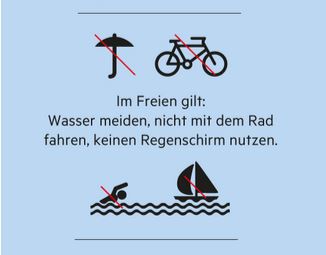 Applies outdoors:
Avoid water; do not drive bicycle;
do not use umbrella.

Keep distance to free standing trees
or masts.
Best crouch down in a hollow,
feet close to each other and
legs held with arms. 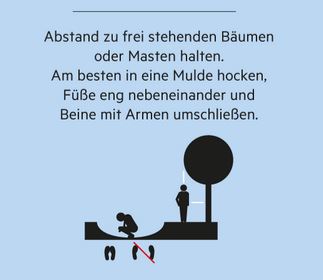 Typically, thunderstorms begin when warm and cold air masses collide or when the temperature difference between air layers in the atmosphere is particularly large. This happens more often in summer than in winter and in the south of Germany more frequently than in the north. To protect yourselves it is advisable to count the seconds between lightning flash and thunder and to divide the number by three - then you know how many kilometres the thunderstorm is away. Is it less than three kilometres, you should go into a house with lightning conductor as a precaution or into a closed car. If you cannot reach a room inside, this applies: Avoid water, do not drive with the bicycle and do not use an umbrella.